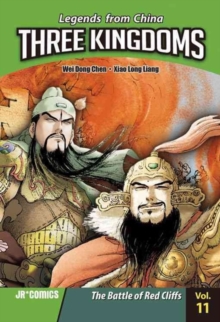 At the end of the second century, the lands of ancient China are thrown into turmoil when the Han Dynasty collapses, a tyrant overthrows the weak emperor, and a group of regional warlords forms an army to restore the nation.

But bravery and valour are soon stifled by ambition and cunning, and the coalition dissolves before the battle is even won.

Now, a new group of heroes must emerge if China is to survive!