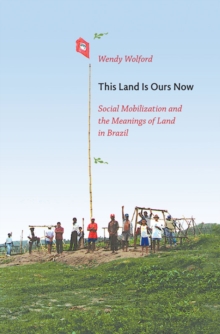 This Land is Ours Now : Social Mobilization and the Meanings of Land in Brazil Hardback

In This Land Is Ours Now, Wendy Wolford presents an original framework for understanding social mobilization.

She argues that social movements are not the politically coherent, bounded entities often portrayed by scholars, the press, and movement leaders.

Instead, they are constantly changing mediations between localized moral economies and official movement ideologies.

Founded in the southernmost states of Brazil in the mid-1980s, this extraordinary grassroots agrarian movement grew dramatically in the ensuing years.

By the late 1990s it was the most dynamic, well-organized social movement in Brazilian history.

Drawing on extensive ethnographic research, Wolford compares the development of the movement in Brazil's southern state of Santa Catarina and its northeastern state of Pernambuco.

As she explains, in the south, most of the movement's members were sons and daughters of small peasant farmers; in the northeast, they were almost all former plantation workers, who related awkwardly to the movement's agenda of accessing "land for those who work it." The MST became an effective presence in Pernambuco only after the local sugarcane economy had collapsed.

Worldwide sugarcane prices dropped throughout the 1990s, and by 1999 the MST was a prominent political organizer in the northeastern plantation region.

Yet fewer than four years later, most of the region's workers had dropped out of the movement.

By delving into the northeastern workers' motivations for joining and then leaving the MST, Wolford adds nuance and depth to accounts of a celebrated grassroots social movement, and she highlights the contingent nature of social movements and political identities more broadly. 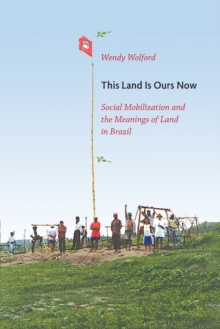 This Land Is Ours Now