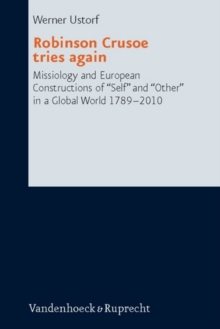 Robinson Crusoe Tries Again : Missiology and European Constructions of 'Self' and 'Other' in a Global World 1789-2010 Hardback

The Christian experience in modern Europe is fragmented.

It shows great diversity in various geographical contexts and, historically, a considerable alternation of extremes, high or low tides of engagement.

One aspect of the Christianity in Europe's past is its mission history.

The spread of Christianity from the West - as one of its most important results - into the continents of the Global South has been deeply ambivalent in character.

On the one hand, the mission from the West helped to build the historical foundations for Christian education, "adolescence" and maturation to responsible "adulthood" in a global, diverse, segregated and pluralistic world.

As a mature global player, Christianity was in a prime position to contribute to peaceful conflict resolution, in the religious, social and political fields.

On the other hand, the darkness and utter insufficiency of the encounter between the European, Christian "self" and the many "others" worldwide brought along problematic projections of different beliefs attacked in a hostile way as "alien" and, inevitably, as "conquered".

The consequences, particularly for the "primal other" - the indigenous people - were often disastrous.

Werner Ustorf has been a leading missiologist worldwide for thirty years.

This book not only analyses the interaction between mission and individual, the construction of the "self" and the "other" in a mission context, but also proves the analytical strength of theology in conceptualizing future Christian experiences in Europe.

Ustorf illustrates that apart from traditional dimension of faith, a non-religious interpretation and critical trust in transcendence, is crucial for the formation of the new interculturation of Christianity in Europe.

Thus, this book demonstrates how mission history can be transformed to a research concept for a global and pluralistic Christianity. 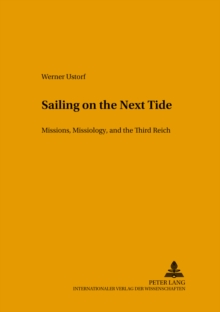 Sailing on the Next Tide