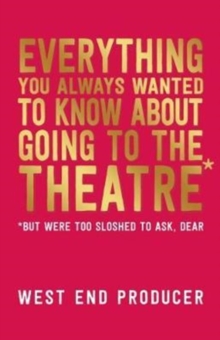 Everything You Always Wanted to Know About Going to the Theatre (But Were Too Sloshed To Ask, Dear) Paperback / softback

Just when you thought it was safe to go back in the West End... West End Producer, the masked man of theatreland and author of the definitive guide to acting*, returns with the ultimate guide to the theatregoing experience - for anyone who's ever been to the theatre, or who thinks they might like to try it one day. As the godfather of theatre producers, with an enviable track-record in uncovering new talent (via his talent competitions Search for a Twitter Star and Search for a Twitter Composer) and a regular column in The Stage newspaper, WEP is a cult figure in London's theatre scene, frequently attending press nights with his Jean Valjean teddy by his side. Now he's ready to share his industry secrets once again, this time coming to the aid of audience members everywhere as they embark on the most perilous quest of all: going to the theatre. Packed with insider know-how and naughty anecdotes, this book will tell you how to make your West End adventure as smooth as Craig Revel Horwood's nose, including tips and advice on:* What shows to see and what to avoid (how to see the hits and not the shits)* Where to sit (without developing ongoing neck problems and deep vein thrombosis)* How to combat theatre rage (and get to the ladies' loos before anyone else)* What to eat (crisps, sweets, or kebabs?)* What to wear (from the correct attire at press night, to the importance of a good, reliable codpiece at The Globe)* And, crucially, how to leave early if the show is rubbish (a `Shrubbish')It will even help you save a bit of money as well.**Also included are many of WEP's most wickedly astute tweets, potted histories of some the greatest West End shows, and handy instructions on how to become one of West End Producer's `Theatre Prefects' - protecting theatres from phone users, snorers, and persistent latecomers.

So, put on your nicest frock, grab your tickets, and don't be late.

This book will begin in five minutes. I repeat: five minutes, dear. * Everything You Always Wanted To Know About Acting, But Were Afraid To Ask, Dear** After all, the Dom Perignon won't buy itself. 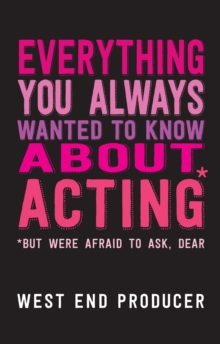 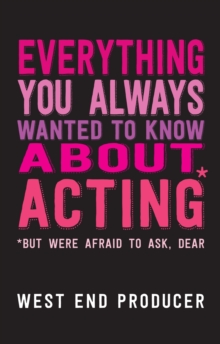 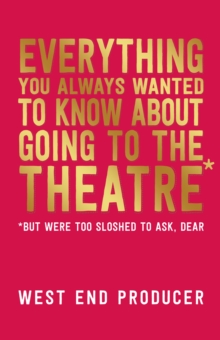