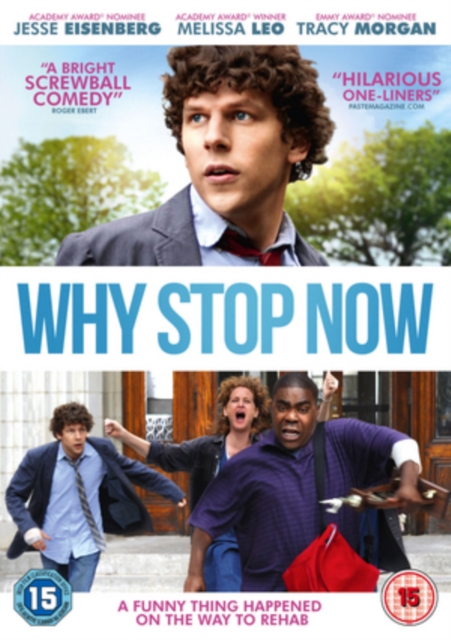 Jesse Eisenberg stars in this comedy directed by Phil Dorling and Ron Nyswaner.

When they get there however, they are informed that as she doesn't have insurance they cannot admit her.

The nurse informs her that if she can provide a positive urine test the rehab centre will allow her in.

As Eli knocks on the door of Penny's drug dealer, Sprinkles (Tracy Morgan), he forgets Penny's advice of waiting on the porch and decides to enter the house.

While Eli formulates a plan of action, he agrees to accompany Sprinkles to his supplier who speaks only Spanish to act as a translator.

As Eli gets taken in by a world of cocaine, hand puppets and American Revolutionary war re-enactors, he begins to doubt if he will ever get his mother to rehab.