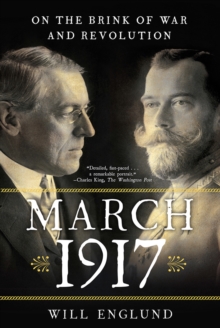 March 1917 : On the Brink of War and Revolution Paperback / softback

"We are provincials no longer", said Woodrow Wilson on 5 March 1917, at his second inaugural.

He spoke on the eve of America's entrance into the First World War, as Russia teetered between autocracy and democracy.

Just ten days after Wilson's declaration, Tsar Nicholas II abdicated the throne, ending a three-centuries-long dynasty and ushering in the false dawn of a democratic Russia.

Wilson asked Congress to declare war against Germany a few short weeks later, asserting the United States's new role as a global power and its commitment to spreading American ideals abroad. Will Englund draws on a wealth of contemporary diaries, memoirs and newspaper accounts to add texture and personal detail to the story of that month.

March 1917 celebrates the dreams of warriors, pacifists, revolutionaries and reactionaries, even as it demonstrates how their successes and failures constitute the origin story of the complex world we inhabit a century later.

Also by Will Englund 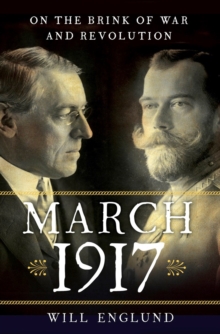