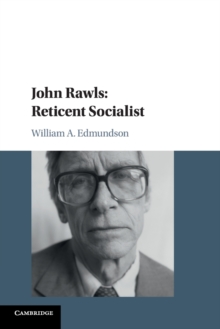 This book is the first detailed reconstruction of the late work of John Rawls, who was perhaps the most influential philosopher of the twentieth century.

Rawls's 1971 treatise, A Theory of Justice, stimulated an outpouring of commentary on 'justice-as-fairness,' his conception of justice for an ideal, self-contained, modern political society.

Most of that commentary took Rawls to be defending welfare-state capitalism as found in Western Europe and the United States.

Far less attention has been given to Rawls's 2001 book, Justice as Fairness: A Restatement.

In the Restatement, Rawls not only substantially reformulates the 'original position' argument for the two principles of justice-as-fairness but also repudiates capitalist regimes as possible embodiments.

Edmundson further develops Rawls's non-ideal theory, which guides us when we find ourselves in a society that falls well short of justice.