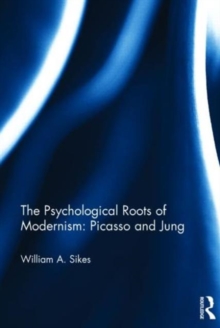 The Psychological Roots of Modernism: Picasso and Jung Hardback

by William A. (University of Pennsylvania, USA) Sikes

A radically new interpretation of Picasso's life and work by an important Jungian scholar, The Psychological Roots of Modernism is an exciting contribution to the fields of both Jungian psychology and cultural criticism.All of Picasso's major works, from the Blue period masterpieces to the abstractions of mature Cubism, are examined as part of a single narrative which directly challenges our assumptions, and the views of a number of prominent art historians, and provides an entirely new perspective on the signature achievements of the modernist movement. Beginning with Picasso's first months in Paris, the author shows how Picasso's art evolved as a hero's journey, involving encounter with the unconscious, the emergence of a strengthened ego, and the eventual balance of the ego and the unconscious which attained visible expression in the forms of Cubism.

Through the Jungian framework, the reader is able to understand how not only Picasso's art, but his relations to his mistress and colleagues, his changing lifestyle and work habits, and his attraction to major Modernist figures like Rousseau and Cezanne were expressions of this psychological transformation.

While using Jung to illuminate Picasso, The Psychological Roots of Modernism also employs Picasso to illuminate Jung, providing the clearest and most compelling support for the bedrock principles of analytical psychology. The book's powerful application of Jung's psychology and its radically new perspectives on Picasso's art make it essential reading for students in the fields of art history and Freudian and Jungian psychology.