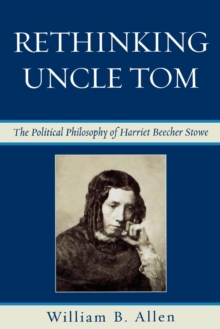 by William B. Allen

Generally critics and interpreters of Uncle Tom have constructed a one-way view of Uncle Tom, albeit offering a few kind words for Uncle Tom along the way.

Recovering Uncle Tom requires re-telling his story. This book delivers on that mission, while accomplishing something no other work on Harriet Beecher Stowe has fully attempted: an in-depth statement of her political thought.

Heroeuvre, in partnership with that of her husband Calvin, constitutes a demonstration of the permanent necessity of moral and prudential judgment in human affairs.

Moreover, it identifies the political conditions that can best guarantee conditions of decency.

Her two disciplinesDphilosophy and poetryDilluminate the founding principles of the American republic and remedy defects in their realization that were evident in mid-nineteenth century.

While slavery is not the only defect, its persistence and expansion indicate the overall shortcomings.

In four of her chief works (Uncle Tom's Cabin,Sunny Memories of Foreign Lands,Dred, andOldtown Folks), Stowe teaches not only how to eliminate the defect of slavery, but also how to realize and maintain a regime founded on the basis of natural rights and Christianity.

Further, she identifies the proper vehicle for educating citizens so they might reliably be ruled by decent public opinion. Book one, part one of Rethinking Uncle Tom explains Uncle Tom's Cabin within the context of the Stowes' joint project, an articulation of the conditions of democratic life and the appropriate nature of modern humanism.

Book two, parts one and two, analyses how key elements of Calvin's thinking were conveyed by Stowe's works, while distinguishing her thought from his, and examines the importance of her 'political geography' and the breadth of her thinking on cultural, moral, and political matters.

Parts three and four investigate the most mature elements of Stowe's political thought, providing a close reading of Sunny MemoriesDrevealing the full political purpose of that work, discerned through mastery of its complex symbolismDand of Oldtown Folks, which completes the development of Stowe's political thought by assessing three alternative regimes and by presenting a vision of anutopia: the ultimate life of decency and order which is proof against false dreams of rationalized life. Rethinking Uncle Tom provides readers both better familiarity with the moral discourse of abolition and nineteenth-century reformism, and, more importantly, a glimpse of an America envisioned as producing that nobility of soul that Uncle Tom represented, the human model of surpassing excellence. 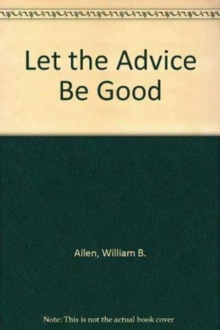 Let the Advice Be Good

Let the Advice Be Good 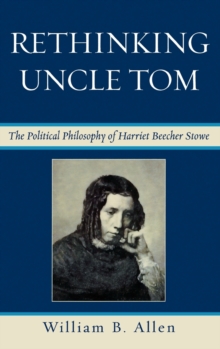 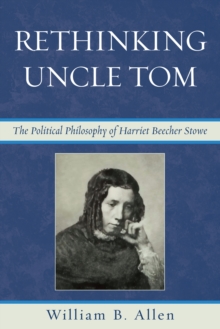