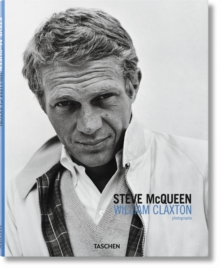 As this photo album demonstrates, Claxton's photographic talent and sensibilities were perfectly attuned to the actor's multifaceted character.

This is the real Steve McQueen, immortalized by Claxton's empathetic lens.