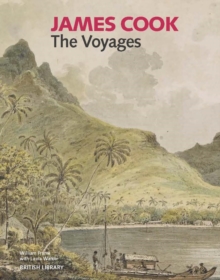 This landmark book is published to coincide with a major exhibition marking the 250th anniversary of Cook's first voyage.

A stunningly illustrated, object-centred history, this book offers a once in a generation opportunity to discover the uniquely rich Captain Cook collection of the British Library.

The authors explore a series of themes including the navigation and charting of the Pacific; first encounters between Western and indigenous cultures; the representation of the voyages in art; and scientific discovery and the natural world. Themes of cultural encounter and scientific discovery are interwoven with the personal stories of the key protagonists, including James Cook and Joseph Banks.

The illustrations include drawings by all the artists employed on the voyage, as well as the only surviving paintings by Tupaia, a Polynesian high priest who joined Cook's ship at Tahiti and sailed to New Zealand and Australia.