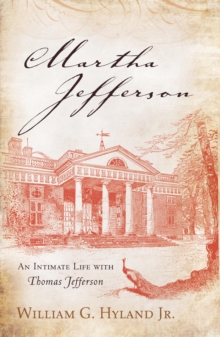 Martha Jefferson is the first and only biography of Thomas Jefferson's greatest love and true kindred spirit, who died an untimely death at the young age of thirty-three in 1782.

Hyland Jr. captures the charm, sophistication, and grace, as well as a profound sense of history, of this little known and elusive figure who, until now, has been a mere footnote to the story of America's founding.

Hyland brings us a conflicted and honest Martha Jefferson, who endured the Revolution as valiantly as some men-defending her very doorstep from raiding British troops-and presided over the domestic life of the Jeffersons' "little mountain," Monticello, during her husband's long absences and historic rise to power.

A revealing and insightful look at an often overlooked American woman, this book provides a unique and previously unexplored understanding of America's Revolutionary Era, and the men and women upon whose bravery, talent, and resolve our nation was founded.