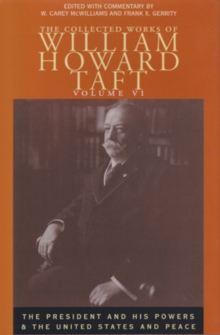 The first, The President and His Powers, is based on a series of lectures delivered at Columbia University and draws on Taft's experience in the presidency and the executive branch.

It speaks particularly to the nature of executive power and its place in the American system and is rooted in his disagreement with Theodore Roosevelt regarding presidential power.

Taft believed all presidential power must be traced to some specific grant of power or be necessary to its exercise, while Roosevelt saw the presidency as a position of "steward of the people" limited only by some express provision of the Constitution.

The second, The United States and Peace, reflects Taft's interest in foreign policy, which was intensified by his years as governor of the Philippines and as secretary of war, as well as by his presidency, Originally four lectures delivered in 1914, The United States and Peace discusses the Monroe Doctrine, the threat to peace presented by incidents of violence to foreigners in the United States, the maintenance of peace through international arbitration, and the trend toward federation in international affairs.

Taft hoped to see the latter result in the establishment of an independent judiciary to resolve international disputes.

Taft's reasoned arguments, supplemented by the commentaries of Professors McWilliams and Gerrity, will stimulate interest among historians, lawmakers, political activists, and the general public. 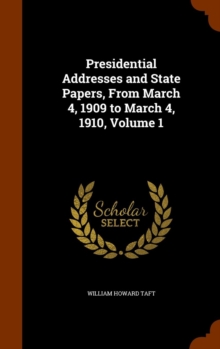 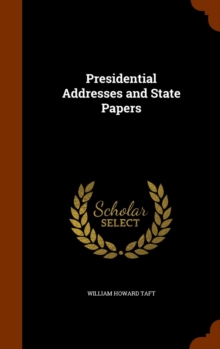 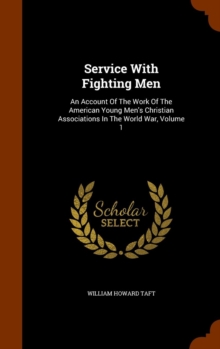 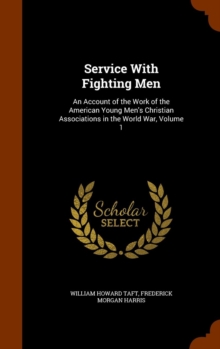 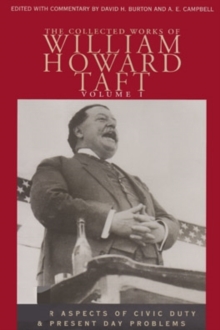 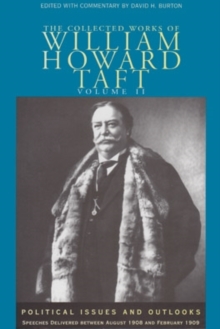 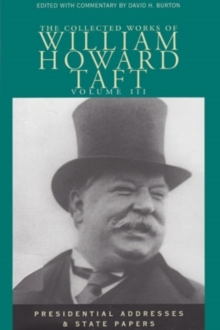 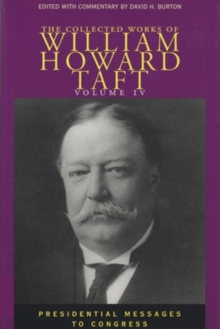