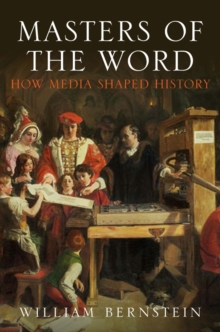 Masters of the Word : How Media Shaped History Hardback

In Masters of the Word, Bernstein chronicles the development of the technology of human communication, or media, starting with the birth of writing thousands of years ago in Mesopotamia.

In Sumer, and then Egypt, this revolutionary tool allowed rulers to extend their control far and wide, giving rise to the world's first empires.

When Phoenician traders took their alphabet to Greece, literacy's first boom led to the birth of drama and democracy.

In Rome, it helped spell the downfall of Empire. As Bernstein illustrates, new communication technologies - from the clay tablet to the radio - have all had a profound effect on human society.

But it's not just the technologies themselves that have changed the world, it's access to them.

Medieval scriptoria and vernacular bibles gave rise to religious dissent, but it was only when the combination of cheaper paper and Gutenberg's printing press drove down the cost of books by some 97% that the dynamite of Reformation was lit. The Industrial Revolution brought the telegraph and the steam driven printing press, allowing information to move faster than ever before and to reach an even larger audience.

But along with radio and television, these new technologies were more easily exploited by the powerful, as seen in Germany, the Soviet Union, and even Rwanda, where radio incited genocide.

With the rise of carbon duplicates (Russian samizdat), photocopying (the Pentagon Papers), and the internet and mobile phones (the Arab Spring), access has again spread and the world is both more connected, and more free, than ever before. 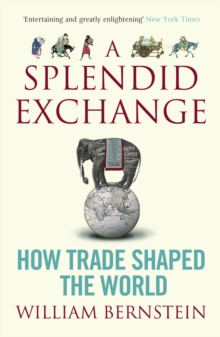