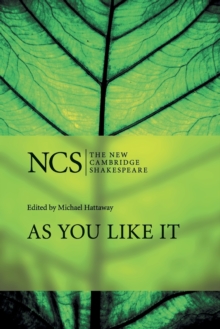 In his Introduction to this second edition of As You Like It, its editor, Michael Hattaway accounts for what makes this popular play both innocent and dangerous.

In performance it can appear bright or sombre: a feast of language and a delight for comic actors, or a risk-taking exploration of gender roles.

This edition includes a new section on recent critical interpretations and dramatic productions of the play as well as an appendix on an early court performance of As You Like It in 1599.

Commentary on the play's language, an updated reading list and an account of the play in performance are also included.