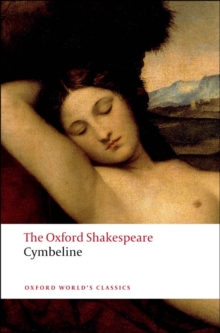 This is the first full-scale edition of Cymbeline for 37 years.

During that time, there has been considerable interest in Shakespeare's late work in the theatre, and several notable productions have demonstrated the powerful impact of Cymbeline.

Based firmly on Roger Warren's extensive experience of the play in rehearsal and performance, this edition shows how Shakespeare draws upon a wide range of sources to create a self-sufficient dramatic universe,combining virtuoso theatrical and poetic means to present a story of a marriage imperilled by mistrust and painfully rebuilt through the physical and spiritual journeys undertaken by the heroine and hero, set in a context of international conflict.

A full and detailed commentary pays close attention to the play'scomplex, evocative language.