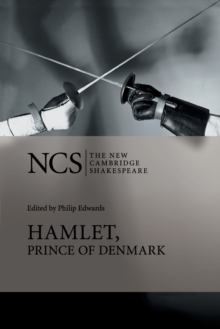 This second edition of Hamlet, edited by Philip Edwards, brings readers, playgoers and directors into the closest possible contact with Shakespeare's most famous and perplexing play.

In the introduction, Edwards explores the possibility that Shakespeare made important alterations to Hamlet as it neared production, creating differences between the two early texts, quarto and folio.

Edwards concentrates on essentials, dealing succinctly with the huge volume of commentary and controversy that the play has provoked, and offers a way forward that enables us to recognise Hamlet's full tragic energy.