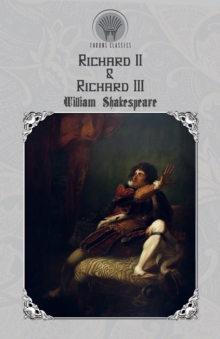 Richard III is a history play by William Shakespeare, believed to have been written in approximately 1591. The play is an unflattering depiction of the short reign of Richard III of England. While generally classified as a history, as grouped in the First Folio, the play is sometimes called a tragedy (as in the first quarto). It picks up the story from Henry VI, Part 3 and concludes the historical series that stretches back to Richard II.