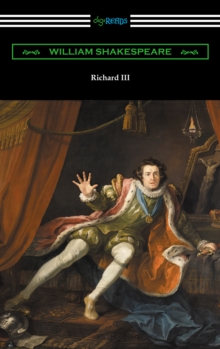 Believed to have been written in 1591, William Shakespeare's "Richard III" is one of the bards first plays, the first installment in a tetralogy of plays which includes "Henry IV, Part I", "Henry IV, Part II", and "Henry V".

One of the longest of Shakespeare's plays and consequently rarely performed unabridged, "Richard III" is the story of the Machiavellian rise to power and subsequent short reign of King Richard III of England.

The play begins with Richard, known in the play as Gloucester, describing the ascension of his brother, King Edward IV, to the throne of England.

Through a series of scheming actions, Richard III clears all the obstacles in his way to claim the thrown of England.

Lasting just two years, Richard III's rule is short, ended by his inglorious defeat at Bosworth Field, the last decisive battle of the Wars of the Roses, which marked the end of the Middle Ages in England.

Criticized for its historical accuracy, Shakespeare's depiction of Richard III is that of a decisively amoral character and his downfall as the conquering of good over evil.

However the portrayal is not entirely one-sided as Richard is humanized through his soliloquies to the audience and as such provides a brilliant example of the anti-hero in literature.

This edition includes a preface and annotations by Henry N.

Hudson and an introduction by Charles Harold Herford.