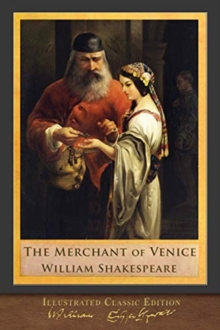 A beautiful illustrated edition of a classic Shakespeare comedy with 16 original illustrations.

The Merchant of Venice is a 16th-century play written by William Shakespeare, most likely in 1596. A merchant in Venice (Antonio) must default on a large loan provided by a Jewish moneylender, Shylock. Though classified as a comedy in the First Folio and sharing certain aspects with Shakespeare's other romantic comedies, the play is most remembered for its dramatic scenes, and contains several memorable lines by Shylock and Portia.