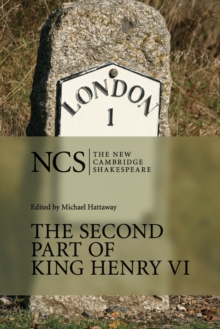 Shakespeare's plays about the reign of King Henry VI were written at the beginning of his career.

A recent series of outstanding productions has demonstrated their theatrical vitality, and their sceptical questioning of Elizabethan orthodoxies has been understood through revisionist readings of the history of Shakespeare's own times.

The Wars of the Roses haunted the Elizabethans. Among many accounts, Shakespeare's was the most ambitious, dramatically innovative and radical.

The Second Part of King Henry VI is concerned with the nature of history, the role of conscience and the relation between law and equity.

It contains a complex reading of a popular uprising, led by Jack Cade.