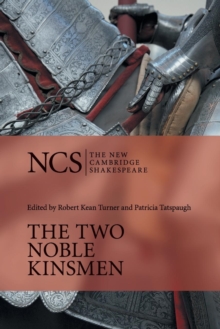 Since the late twentieth century, when scholarly attention began to focus on sexuality, collaboration and Shakespeare's late plays, The Two Noble Kinsmen has become an essential script.

Turner and Tatspaugh's edition presents a strong case for taking the play more seriously now than ever before.

A lively introduction discusses Shakespeare's craftsmanship in adapting a medieval tale for the Jacobean stage, the extent of co-authorship with John Fletcher, the rhetorical complexity of Shakespeare's late style, the themes of sexuality and friendship, and contemporary critical responses to the play.

The edition demonstrates the theatrical vitality of The Two Noble Kinsmen and confirms it as a play for today.