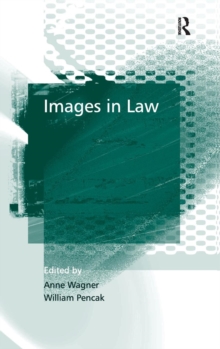 What does 'the law' look like? While numerous attempts have been made to examine law and legal action in terms of its language, little has yet been written that considers how visual images of the law influence its interpretation and execution in ways not discernible from written texts. This groundbreaking collection focuses on images in law, featuring contributions that show and discuss the perception of the legal universe on a theoretical basis or when dealing with visual semiotics (dress, ceremony, technology, etc.).

It also examines 'language in action', analyzing jury instructions, police directives, and how imagery is used in conjunction with contentious social and political issues within a country, such as the image of family in Ireland or the image of racism in France.