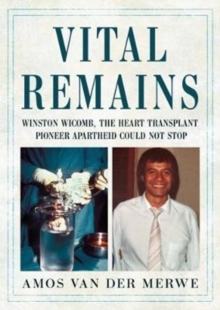 In the dark years of apartheid, a boy grew up in a household with a terrible secret: although they were all of mixed origins, they had managed to `pass as white'.

Young Winston Wicomb, however, was far too dark to fit in, and had to be hidden whenever someone knocked on their door.

After struggling through school and even managing to obtain an university degree, he still remained unemployed due to his skin colour.

To make ends meet, he serviced cars in their backyard, but never stopped dreaming about escaping the restraints of Apartheid. Then fate intervened. While distributing pamphlets advertising his mechanical skills, he found Professor Chris Barnard stranded next to the road.

He offered to help even though he had no experience with the new Mercedes the professor drove.

Barnard, surprised at the success of Winston's efforts and impulsive as ever, offered Winston a job in his research lab.

It is here that Winston applied his knowledge and experience of matters mechanical to eventually produce the world's first apparatus to transport a living heart over long distances. `Vital Remains' tells to story of an unlikely hero, a huge risk, achievement ... and love.