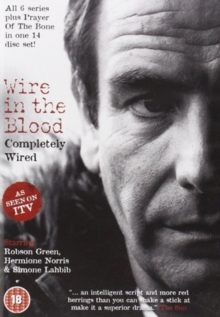 All 30 episodes from six series of the British crime drama starring Robson Green and Hermione Norris.

Series 2 episodes are: 'Still She Cries', 'The Darkness of Light', 'Right to Silence' and 'Sharp Compassion'.

Series 3 episodes are: 'Redemption', 'Bad Seed', 'Nothing But the Night' and 'Synchronicity'.

Series 4 episodes are: 'Time to Murder and Create', 'Torment', 'Hole in the Heart' and 'Wounded Surgeon'.

Series 5 episodes are: 'The Colour of Amber', 'Nocebo', 'The Names of Angels' and 'Anything You Can Do'.