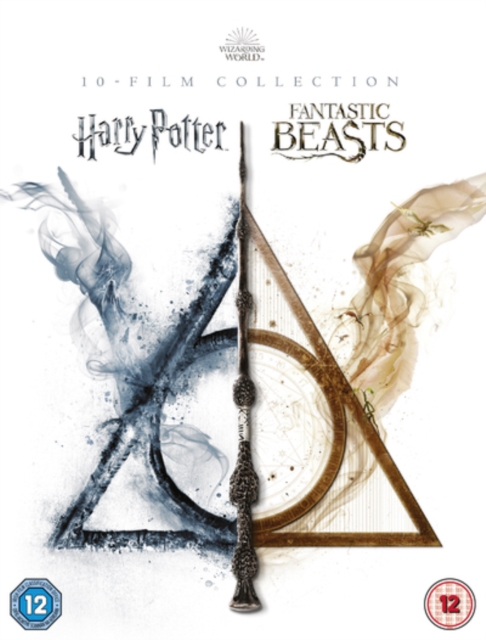 When the trio unexpectedly discover a three-headed dog guarding a secret trapdoor, they begin to suspect that something important might be hidden beneath the school, and when they investigate it leads to an encounter with the evil wizard Voldemort (Ian Hart).

Will Harry be able to keep up with his studies, lead his team to victory in the school sport Quidditch, and still triumph over the dreaded Voldemort?

In 'The Chamber of Secrets' (2002), Harry, Ron and Hermione return to Hogwarts for their second year.

Gilderoy Lockhart (Kenneth Branagh) and Pomona Sprout (Miriam Margoyles) have joined the staff and Harry and his friends soon find that once again all is not right at the school - pupils seem to be petrified, literally, and a monster is on the loose.

In 'The Prisoner of Azkaban' (2004), the trio are now in their third year of wizarding school, but there is a shadow hanging over Harry: dangerous serial killer Sirius Black (Gary Oldman) has escaped from the Wizards' prison, Azkaban - and he wants revenge for the death of his master, Voldemort, who Harry defeated 13 years earlier.

For Harry's protection, Azkaban has sent an army of soul-sucking Dementors to guard Hogwarts from a possible attack by Black - but they turn out to be as much of a threat to Harry as Black himself.

As myth and magic combine to weave their dark spell, Harry uncovers a few more crucial secrets about his mysterious past. 'The Goblet of Fire' (2005) sees Harry board the train to Hogwarts School, where he will attend his fourth year of magical education.

Shortly after his reunion with Ron and Hermione, Harry is introduced to yet another Defence Against the Dark Arts teacher: the grizzled Mad-Eye Moody (Brendan Gleeson).

Of course, Harry's wishes for an uneventful school year are almost immediately shattered when he is unexpectedly chosen, along with fellow student Cedric Diggory (Robert Pattinson), as Hogwarts' representative in the Tri-Wizard Tournament, which awards whoever completes three magical tasks the most skilfully with a thousand-galleon purse and the admiration of the international wizarding community.

In 'The Order of the Phoenix' (2007) Harry, now in his fifth year of study, discovers that much of the wizarding world has been denied the truth about his recent encounter with the evil Lord Voldemort (Ralph Fiennes).

Fearing that Hogwarts' venerable Headmaster, Albus Dumbledore (Michael Gambon), is lying about Voldemort's return in order to undermine his power and take his job, the Minister for Magic, Cornelius Fudge (Robert Hardy), appoints a new Defence Against the Dark Arts teacher to keep watch over Dumbledore and the Hogwarts students.

But Professor Dolores Umbridge (Imelda Staunton)'s Ministry-approved course of defensive magic leaves the young wizards woefully unprepared to defend themselves against the dark forces threatening them and the entire wizarding community, meaning Harry has no choice but to take matters into his own hands.

Meeting secretly with a small group of students who name themselves 'Dumbledore's Army', Harry teaches them how to defend themselves against the Dark Arts, preparing the courageous young wizards for the extraordinary battle that lies ahead.

In 'The Half-Blood Prince' (2009) Lord Voldemort exerts his power over both the Muggle and wizarding worlds and, consequently, Hogwarts no longer provides the safe haven it once did.

Suspecting that new dangers lie within the castle ramparts, Harry discovers a mysterious old book marked 'property of the Half-Blood Prince' and begins to unlock the secrets of Voldemort's dark past, aided by Ron, Hermione and new teacher Horace Slughorn (Jim Broadbent).

Meanwhile, the sixth-years grapple with teenage hormones as various romantic liaisons unfold between them, some more dignified than others.

In 'The Deathly Hallows: Part One' (2010) Harry, Ron and Hermione, now no longer at Hogwarts, set out on a dangerous quest to uncover and destroy the lost Horcruxes, the secret behind Voldemort's immortality.

Voldemort's power has now grown to unprecedented proportions, with the Death Eaters in control of the Ministry of Magic and under orders to find Harry and bring him to Voldemort - alive.

Away from the protection of Dumbledore and Hogwarts, Harry draws ever closer to the moment for which he has been preparing since boyhood: the ultimate showdown with the Dark Lord.

In 'The Deathly Hallows: Part Two' (2011), with Voldemort's domination almost complete, Harry, Hermione and Ron face a race against time to find and destroy the Horcruxes, thereby extinguishing the Dark Lord's power.

Returning to Hogwarts, where the last Horcrux is to be found, Harry, his school friends and the tutors soon find themselves preparing for the final, desperate battle with Voldemort, with Harry realising that in order for him to win the day, he may have to make the ultimate sacrifice.

In 'Fantastic Beasts and Where to Find Them' (2016), set in New York in 1926, Eddie Redmayne stars as eccentric wizard Newt Scamander, author and Ministry of Magic employee, who is headed to the Magical Congress of the United States of America with a special briefcase that is home to a variety of dangerous beasts.

After the creatures escape Newt finds himself wanted by the US authorities.

Meanwhile, the incident has a negative impact on relations between magical and non-magical people in New York.

Is there any way to repair the damage caused? Finally, in 'Fantastic Beasts: The Crimes of Grindelwald' (2018) dark wizard Gellert Grindelwald (Johnny Depp) evades capture from MACUSA and Newt is called upon by his former teacher Albus Dumbledore (Jude Law) to bring Grindelwald to justice once again.

Their quest takes the pair to 1920s Paris, where Grindelwald is searching for Obscurial Credence Barebone (Ezra Miller) to help him accomplish his mission of subjugating the entire No-Maj population and leading a new wizarding order. 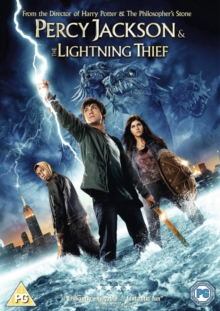 Percy Jackson and the Lightning Thief 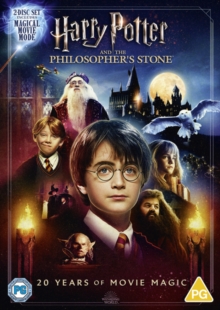 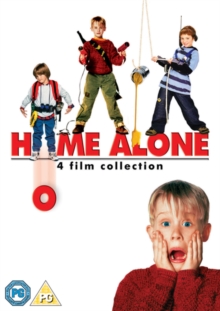 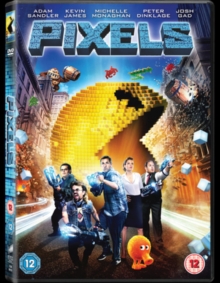