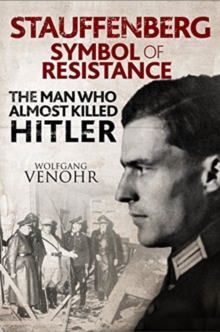 Amongst those men was Colonel Claus Schenk Count von Stauffenberg, chief of staff of the Reserve Army, and with him he carried a briefcase packed with explosives. A little after midday the building was rocked by a massive explosion.

Five men were killed, others wounded and the interior of the Wolfschanze was wrecked.

Believing that he had killed the German Fuhrer, von Stauffenberg set off for Berlin to initiate Operation Valkyrie-the coup d'etat to overthrow the Nazi regime. Hitler, of course, did not die that day and Stauffenberg and his co-conspirators were rounded up and executed.

But what motivated Stauffenberg to attempt such a mission?

Was Stauffenberg a traitor or a patriot?After decades of analysing the sources and eyewitness reports, the renowned historian Wolfgang Venohr revealed the true nature of the man behind the most audacious assassination attempt of the Second World War. Like many others, Stauffenberg smarted from Germany's humiliating defeat in 1918 and the punishing terms of the Treaty of Versailles.

Indeed, until the late 1930s Stauffenberg agreed with much of the National Socialist ideology, which sought to re-establish Germany as the most nation powerful in Europe.

But, increasingly, he sees his country sliding to defeat yet again at the hands of a leader who has lost his grip on reality.

Stauffenberg believed he had no choice but to act.