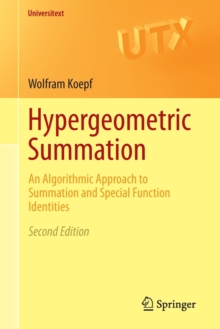 Part of the Universitext series

Modern algorithmic techniques for summation, most of which were introduced in the 1990s, are developed here and carefully implemented in the computer algebra system Maple (TM). The algorithms of Fasenmyer, Gosper, Zeilberger, Petkovsek and van Hoeij for hypergeometric summation and recurrence equations, efficient multivariate summation as well as q-analogues of the above algorithms are covered.

An equivalent theory of hyperexponential integration due to Almkvist and Zeilberger completes the book. The combination of these results gives orthogonal polynomials and (hypergeometric and q-hypergeometric) special functions a solid algorithmic foundation.

Hence, many examples from this very active field are given. The materials covered are suitable for an introductory course on algorithmic summation and will appeal to students and researchers alike. 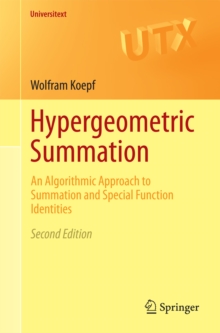 Also in the Universitext series   |  View all 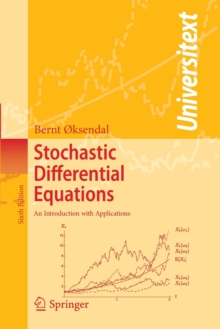 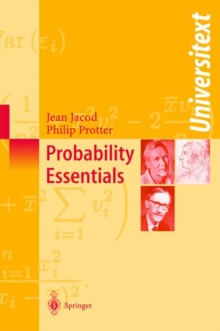 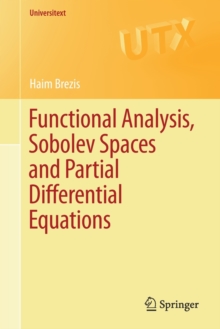 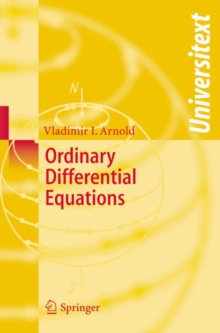