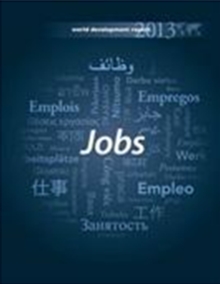 Recent world events have put jobs at the center of the policy debate.

In advanced economies, there is concern about a jobless recovery; in developing countries, continued growth cannot shield workers who are vulnerable to shocks.

Political upheavals in the Arab world have highlighted the discontent of educated youth whose employment opportunities fall short of their expectations.

The 2013 World Development Report on jobs will help explain and analyze the connection between jobs and important dimensions of economic and social development.

The Report will provide analytical tools to identify the obstacles to sustained job creation and examine differences in the nature of jobs, which in turn affects the potential of jobs to raise living standards, increase aggregate productivity, and enhance social cohesion.

The Report explores the notion of a "good job" in that some jobs do more for economic and social development than others, because they reduce poverty and inequality, strengthen value chains and production clusters, or help build trust and shared values.

The Report will examine efforts to stimulate production of higher value-added goods and services, boost the demand for labor, prepare today's youth to become productive members of society, and ensure an efficient matching of supply and demand of labor.

But the Report also looks beyond the labor market, identifying the complementary policies needed to support the necessary structural shifts and the supply of needed skills.

Infrastructure development, policies for competition and innovation, reforms in educational and training systems to equip tomorrow's workers with the relevant skills, and the architecture of social protection all have a bearing on the chances to create more and better jobs.

The Report seeks to articulate a vision that cuts across sectors, addressing the dynamic links between growth strategies and jobs, and providing tools to consider policies and programs from a jobs perspective.

The Report strives to provide a framework to address the most difficult jobs-related questions facing policy makers in developing countries.| Analysis and debate about economic and political justice rarely involves research on the views of the common person.

Scholars often make assumptions about what common people think is fair, but for the most part they confine their thinking to a single country and argue on rational or moral grounds, with little supporting empirical data.

The book grows out of a collaborative study of public opinion about social justice.

Though conceived prior to the revolutions that swept Central and Eastern Europe in 1989, the ISJP did not put its survey into the field until the summer of 1991, in a new climate of open international exchange in social research.

Employing common methods of data collection and, within the limits of translation, identical survey instruments, the ISJP investigated public opinion in seven newly emerging post-Communist countries and five of the worlds most influential capitalist democracies, with special sensitivity to divergencies in the newly united Germany.

Among the themes addressed by the volumes distinguished contributors are the views and beliefs of citizens in the post-Communist states on the transition to market economies and parliamentary democracy; the role of ideology in legitimating inequality; the structural determination of beliefs about justice; the processes that shape individual level evaluations; and the major implications of public opinion and mass participation in the democratic process. 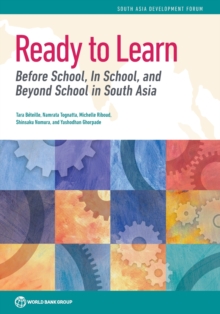 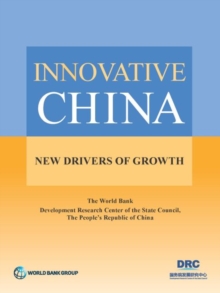 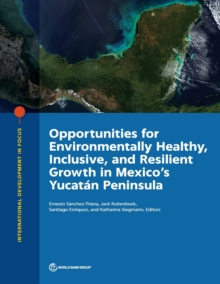