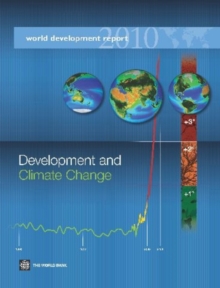 Rising densities of human settlements, migration and transport to reduce distances to market, and specialization and trade facilitated by fewer international divisions are central to economic development.

The transformations along these three dimensions - density, distance, and division - are most noticeable in North America, Western Europe, and Japan, but countries in Asia and Eastern Europe are changing in ways similar in scope and speed. "World Development Report 2009: Reshaping Economic Geography" concludes that these spatial transformations are essential, and should be encouraged.

The conclusion is not without controversy. Slum-dwellers now number a billion, but the rush to cities continues.

Globalization is believed to benefit many, but not the billion people living in lagging areas of developing nations.

High poverty and mortality persist among the world's 'bottom billion', while others grow wealthier and live longer lives.

Concern for these three billion often comes with the prescription that growth must be made spatially balanced. "The WDR" has a different message: economic growth is seldom balanced, and efforts to spread it out prematurely will jeopardize progress.