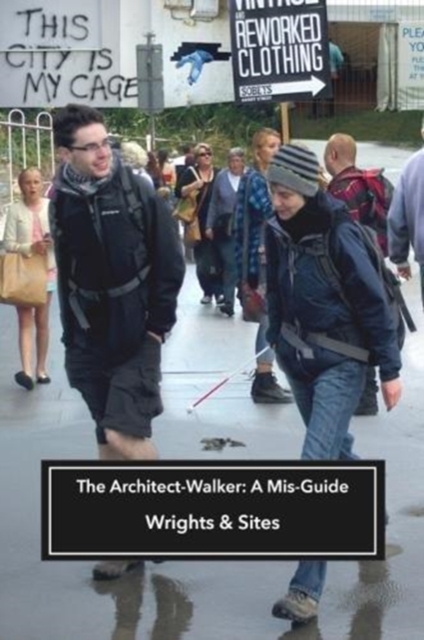 The Architect-Walker is Wrights & Sites' anti-manifesto for changing a world while exploring it.

It is a tool for playful debate, collaboration, and intervention.

A few suggestions and observations from the book include: Build something, however small, that is not allowed; Un-pave your garden.

Make a hedgehog run under the fence; Crawl more; Protect what gaps you can.

They aren't empty. They aren't yours; In a group and in bright sunlight, carry sticks and timbers.

Only pay attention to the shadows you are casting; Find empty niches waiting to be filled with memorials to unacknowledged women; Architect-walkers make alliances with sinkholes and dazzle.

When the sun's reflection from a skyscraper melts the streets: that moment; When enough people dance a new dance of place, it becomes a different place; Carry a small bell for ringing on the hour to restore local time to the streets; Hang a red rope between two brass stands in front of a random space.

Unhook it and usher people through; Ambulant architects are irresponsible: conservationists of edgelands and fetish affordances, authors of fake planning applications, leavers of gifts and chalkers of fake hobo symbols.