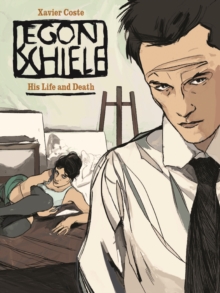 'Egon Schiele' is an evocative depiction based on the life of the Austro-Hungarian artist whose short career spanned the turn of the 20th century.

Schiele (1890-1918) was a painter known for full-frontal portraits of naked women (and on many occasions, himself).

They were stark and disturbing. He painted his subjects in gaunt, twisting and unnatural poses.

Their voyeuristic tone and blatant eroticism outraged society, landing him in prison for 24 days.

Nevertheless, his works would have a strong influence on the development of expressionist art. 'Egon Schiele' focuses on the artist's creative years, the development of his talent, his relationships with other artists, including Gustav Klimt, the women in his life and his obsession with making provocative art.

In the end, it was the Spanish flu that killed him at the tragically young age of 28. 'Egon Schiele' is a seductive and intimate portrait of an artistic genius who was both lauded and condemned for his brilliance.

His works, at one time judged to be disgusting and perverse, are now considered masterpieces and are in museums all around the world. We can only wonder what he would have produced if he had lived longer.