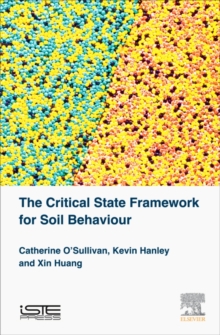 The Critical State Framework for Soil Behaviour: New insight from DEM Simulations presents the latest on a topic that was originally proposed by Schofield and Wroth in the 1960s, and has subsequently proven to be a very good framework to describe sand behavior.

This framework uses the critical state, the void ratio and stress level attained by a soil at large shear deformations, as a reference state.

The particulate discrete element method (DEM) allows the fundamental basis of the critical state to be examined in detail.

The simulation data is then analyzed to better understand the fundamental mechanisms. * Contains critical analysis of the way in which DEM simulations should be run to obtain meaningful data for soil mechanics studies* Documents data obtained using more than one DEM code / software and parametric studies that give new insight into the factors that govern the position of the critical state line* Demonstrates the ability of DEM to capture the critical state and the dependency of the material response on the state parameter (as proposed by Jefferies and Been)