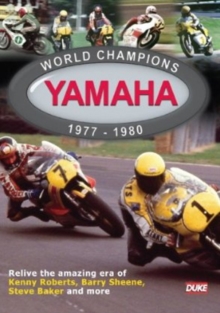 A collection of films telling the story of Yamaha's four-year domination of the World Championship between 1977 and 1980, with dramatic race action from stars of the sport including Kenny Roberts, Barry Sheene, Giacomo Agostini, Johnny Cecetto and Randy Mamola as they battle it out on legendary circuits including Assen, Le Mans and Silverstone.