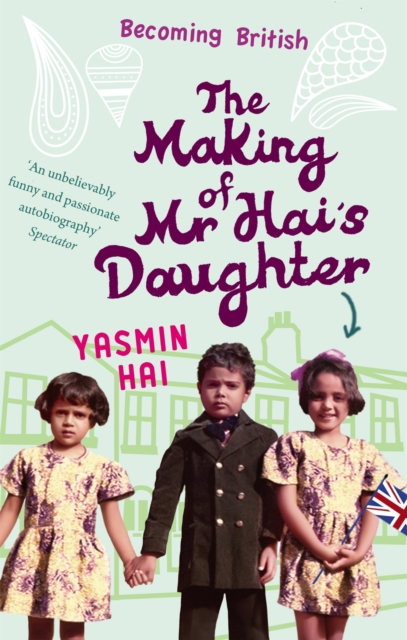 The Making Of Mr Hai's Daughter : Memoirs of his Daughter Paperback / softback

'A thoughtful, funny memoir on the realities of immigration' Guardian'Ebullient and sharply humorous about the conflicts and confusions of growing up and adapting to a country (and family) in a constant state of political flux and, often, social fantasy' The TimesMr Hai arrived in London in 1964.

But, while becoming British via a passport had been relatively easy, becoming English was something to be studied - and then passed on, first to his wife, newly arrived from Pakistan, and then to his children.

No more speaking Urdu, no more long plaits, no shalwar kameezes, and - even though they were Muslim - no more religion.

Mr Hai put his family firmly on the road to assimilation, and his first-born daughter Yasmin was his star pupil.

However, being second-generation British Asian was not quite so simple... especially as their Muslim community was about to go through some very profound changes and challenges. Brilliantly told, with intelligence and humour and passion, this is a fascinating story about immigration and identity, about religion and roots, and about a daughter's understanding of her father.