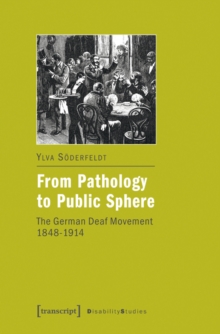 In the late 19th century, the so-called "German Method", which employed spoken language in deaf education, triumphed all over the Western world.

At the same time as deaf German schoolchildren were taught to articulate and read lips, an emancipation movement of signing deaf adults emerged across the German Empire. This book tells the story of how deaf people moved from being isolated objects of administration or education, depending on welfare or working in the fields, to becoming an urban middle class collective with claims of self-determination.

Main questions addressed in this first comprehensive work on one of the world's oldest movements of disabled people include how deaf organisations emerged, what they fought for, and who was left behind.