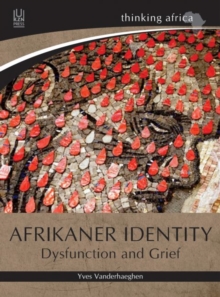 `What have we done?' is a plea heard amid the wreckage of Afrikanerdom. `Afrikaner' in South African public discourse is more often than not a swear word.

This close media study considers how, squeezed in the moral vice of past and present, Afrikaners look in a mirror that reflects only a beautiful people.

It is an image of upstanding, hard-working citizens.

To hold on to that image requires blinkers, sleights of hand and contortion.

Above all, it requires an inversion of the liberation narrative in which the wretched of South Africa are the historical oppressors, besieged in their language, their homes, their jobs.

They are the new `grievables', an identity that requires intricate moral manoeuvres, and elision as much of the past as of transformation.