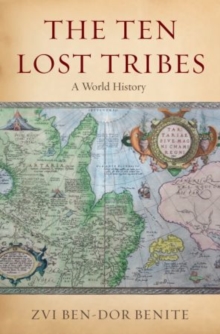 The legendary story of the ten lost tribes of Israel has resonated among both Jews and Christians down through the centuries: the compelling idea that some core group of humanity was ''lost'' and exiled to a secret place, perhaps someday to return triumphant.

In The Ten Lost Tribes, Zvi Ben-Dor Benite shows for the first time the extent to which the search for the lost tribes of Israel became, over two millennia, an engine for global exploration and a keymechanism for understanding the world.

As the book reveals, the quest for the missing tribes and the fervent belief that their restitution marked a necessary step toward global redemption have been threaded through countless historical moments-from the formation of the first ''world'' empires to the age of discovery, and from the spread of European imperialism to the rise of modern-day evangelical apocalypticism.

More than a historical survey of an enduring myth, The Ten Lost Tribes offers a unique prism through which toview the many facets of encounters between cultures, the processes of colonization, and the growth of geographical knowledge.