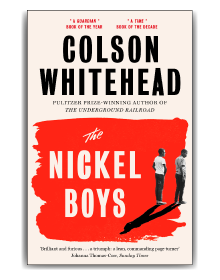 The Nickel Boys: Winner of the Pulitzer Prize for Fiction 2020

Author of The Underground Railroad, Colson Whitehead brilliantly dramatizes another strand of American history through the story of two boys sentenced to a hellish reform school in 1960s Florida.

Elwood Curtis has taken the words of Dr Martin Luther King to heart: he is as good as anyone.

Abandoned by his parents, brought up by his loving, strict and clear-sighted grandmother, Elwood is about to enrol in the local black college. But given the time and the place, one innocent mistake is enough to destroy his future, and so Elwood arrives at The Nickel Academy, which claims to provide 'physical, intellectual and moral training' which will equip its inmates to become 'honourable and honest men'.

In reality, the Nickel Academy is a chamber of horrors, where physical, emotional and sexual abuse is rife, where corrupt officials and tradesmen do a brisk trade in supplies intended for the school, and where any boy who resists is likely to disappear 'out back'. Stunned to find himself in this vicious environment, Elwood tries to hold on to Dr King's ringing assertion, 'Throw us in jail, and we will still love you.' But Elwood's fellow inmate and new friend Turner thinks Elwood is naive and worse; the world is crooked, and the only way to survive is to emulate the cruelty and cynicism of their oppressors.

The tension between Elwood's idealism and Turner's scepticism leads to a decision which will have decades-long repercussions.

Based on the history of a real reform school in Florida that operated for one hundred and eleven years and warped and destroyed the lives of thousands of children, The Nickel Boys is a devastating, driven narrative by a great American novelist whose work is essential to understanding the current reality of the United States.

Colson Whitehead was born in 1969, and was raised in Manhattan and is the Sunday Times bestselling author of The Underground Railroad, soon to be an Amazon Prime TV series directed by Barry Jenkins. Published in the summer of 2016. It won the Pulitzer Prize, the National Book Award, the Carnegie Medal for Fiction, and was a #1 New York Times Bestseller.

Colson is also the author of The Noble Hustle, Zone One, Sag Harbor, The Intuitionist, John Henry Days, Apex Hides the Hurt, and one collection of essays, The Colossus of New York. His reviews, essays and fiction have appeared in a number of publications such as the New York Times, The New Yorker, New York Magazine, Harper’s and Granta.

The hardback of The Nickel Boys was previously published in August 2019.

Also by Colson Whitehead   |  View All 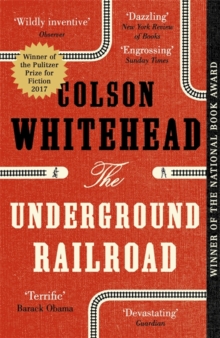 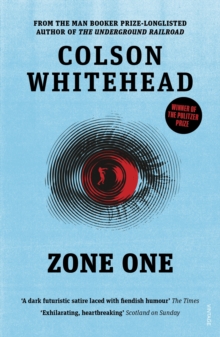 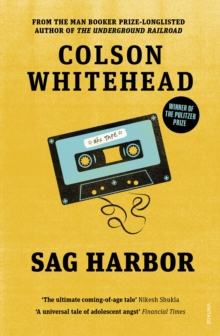 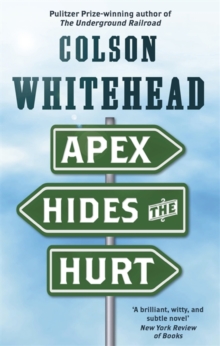