Byzantium and the West: Jewelry in the First Millennium Paperback / softback

This full-color catalog explores the interrelationships between the East and West during the first millennium.

This was the first time that the Roman Empire was gradually replaced by barbarian invaders, who spread through Europe and created new styles of jewelry; it was also when the capital shifted eastward to the newly founded city of Constantinople. Among the themes treated are the transition from Late Roman types to Byzantine ones, including the design of new shapes; an interest in exotic stones and changes in fashion; the function of rings (marriage, personal monograms, official status and religious iconography); and the Western Gothic imitation and development of Byzantine prototypes. Examples from the early third and fourth centuries in Rome feature an elaborate 'key' ring, pierced with the words utere felix (use with luck) and an ornate yet sophisticated band set entirely with emeralds.

There is a late fifth-century Byzantine Parure that includes a pendant cross and related earrings.

From the same era, an Ostogothic group is comprised of polyhedral earrings, a pendant cross and a ring, all with beautiful garnet inlay. Jeffrey Spier is a university associate and adjunct professor at the University of Arizona.

He has published extensively on Greek and Roman gems and jewelry and on early Christian and Byzantine art.

His publications include: Treasures of the Ferrell Collection (2010); Picturing the Bible.

The Earliest Christian Art (2007); Late Antiquity and Early Christian Gems (2007); and Ancient Gems and Finger Rings: Catalogue of the Collections.

The J. Paul Getty Museum (1993). The Preface is by Sandra Hindman, a medievalist and owner of Les Enluminures (Paris, Chicago and New York). Accompanying the exhibition, Byzantium and the West: Jewelry in the First Millennium, held in November 2012 at Les Enluminures, New York 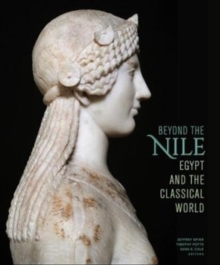 Beyond the Nile - Egypt and the... 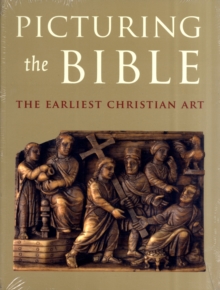