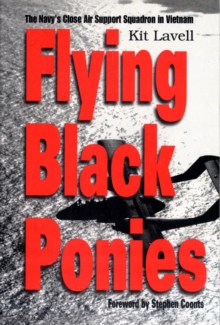 The tragic, the comic, the terrifying, the poignant are all part of the story of the Black Pony pilots who distinguished themselves in the Mekong Delta during the Vietnam War.

Flying their turboprop Broncos"down and dirty, low and slow," they destroyed more enemies and saved more allied lives with close-air support than all the other naval squadrons combined during the three years they saw action.

Author Kit Lavell was part of this squadron of"black sheep" given a chance to make something of themselves flying these dangerous missions.

For fixed-wing aircraft they were dangerous, unorthodox missions, a fact readers will quickly come to appreciate.

About the AuthorKit Lavell flew 243 missions with the Black Ponies and earned the Distinguished Flying Cross.

He is now a screenwriter and playwright, living in California. 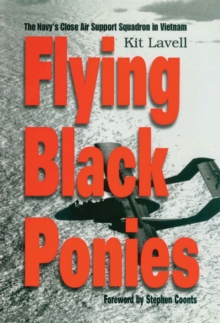