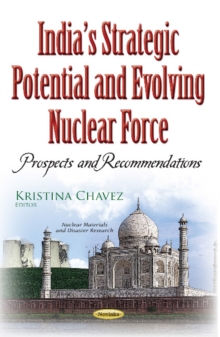 As a region with abundant resources and rapidly growing transit potential surrounded by nuclear-armed powers, Central Asia is increasingly drawing the attention of global players.

Russia is actively seeking to rebuild its economic influence via the newly created Eurasian Economic Union.

China is expanding its reach through a recently launched Silk Road Economic Belt.

Other actors are jockeying for their share of the regions pie, as well.

But the United States and India are enjoying only very limited presence in what is increasingly becoming a critical part of the world.

This book explains why India lags behind other actors in the region and what needs to be done to unlock its potential as a rising great power and shore up its strategic presence in Central Asia.

It explores Indian nuclear policy approaches and views, and makes a major contribution to our understanding of this factor of growing significance in Asian security.