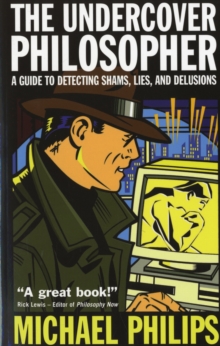 The Undercover Philosopher : A Guide to Detecting Shams, Lies and Delusions Paperback / softback

What caused the Challenger space shuttle disaster in 1986? Why were thousands of parents wrongly accused of child sex abuse in the 1990s? Why do law courts throughout the world rely on a process that is next to useless? And why do people entrust millions of dollars each year to hedge-funds that economists agree use flawed financial models?The answer is failure.

Not just any failure; but failure of knowledge. In this gripping and controversial book, Michael Phillips outlines all the reasons we don't know what we think we do, and the devastating consequences this can have. From false memories to fraudulent experts, Phillips treads in the footsteps of Descartes to reveal why we must be more careful in what we believe and how we think. Spanning psychology, philosophy, science, and sociology, this unique exploration of why we get things wrong, and how to guard against it, is an essential read for anyone seeking to make sense of the chaotic world in which we live. 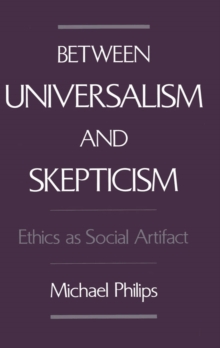 Between Universalism and Skepticism