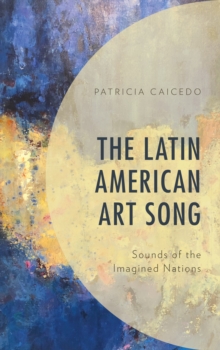 Taking as a thread the concept of national identity, this book elucidates the sound transformations that have taken place in the world of the Latin American art song since its appearance in the late nineteenth century to the present day.

The book focuses in the art songs of Brazil, Argentina, Cuba, Venezuela, Bolivia, Peru, and Colombia. The book addresses the subject of performance practice of the Latin American song and ends with a proposal for its interpretation. In songs, spaces of representation and cathartic tools thought, language and music have been at the service of some interests, fulfilling specific functions in the construction of the nation.

In them, we observe that the construction of identity is a continuous, constant and changing process in which different stories are superimposed.

Seen this way, songs are historical texts where social interactions are reflected, and the past, the present and the future are constantly negotiated. The book also addresses the subject of performance practice of the Latin American song and ends with a proposal for its interpretation. 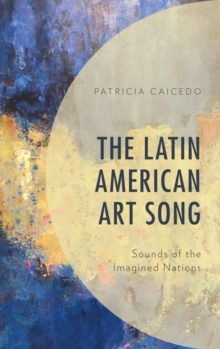