A sweeping drama set on the battlefields of Europe as a global influenza pandemic looms. Frontline is the first book in a series charting the rise of a prominent British medical family in the twentieth century.

From wars to a pandemic, the discovery of penicillin to the birth of the NHS, successive generations of the Burnett family are at the vanguard of life-saving developments in medicine. Frontline is the story of an aristocrat's daughter who joins the war effort as a nurse.

In a field hospital in rural France she meets Will, a dockworker's son serving as a stretcher-bearer.

As rumours of an armistice begin to circulate, so too does a mysterious respiratory illness that soldiers are referring to as the 'Spanish flu'. Dr Hilary Jones, MBE, GP, author and medical broadcaster qualified at the Royal Free hospital in 1976 and has been ITV‘s Health Editor on TV a.m. Daybreak, Good Morning Britain and the Lorraine Kelly show since 1989.

His extensive and varied medical career has seen him working as a single-handed medical officer on Tristan da Cunha, the most isolated inhabited island in the world, and as a troubleshooting medic for the oil industry in Shetland. He has been described as the U.K.’s most well-known and trusted GP and his TV broadcasts have seen him cover breaking medical news stories not just at home but internationally.

He has reported on the aftermath of the earthquake in Haiti, the launch of the much-needed pneumococcal vaccine for children in Sierra Leone and the war in Kosovo. He has accompanied the flying doctor services in the Australian outback and in Lesotho, released lions for the Born Free foundation in South Africa, travelled with children with life-limiting illnesses to visit Santa in Lapland and been involved with countless public health campaigns in countries as diverse as China, Brazil, Sweden and Japan.

He has appeared on several TV quiz shows including The Chase, Pointless and Who Wants to be a Millionaire winning tens of thousands of pounds for the several charities he loyally supports including Northern Lights, London Air Ambulance, Get Ahead Charitable Trust, The Lauren Currie Twilight Foundation, Pancreatic Cancer Action, Stroke Association, British Heart Foundation, Breakthrough Breast Cancer, Diabetes UK, The Meningitis |Research Foundation and The Matt Hampson Foundation.

He appears regularly on Steve Wright’s Radio 2 show and is a regular contributor to a number of popular newspapers and magazines.

He presented Meridian’s “Loud and Clear“ and ”The Full Treatment“  he appeared on BBC 1 in “The Health Show “alongside Terry Wogan and more recently he presented “How the NHS Changed the World“ on BBC 2 and reached the later stages of Dancing On Ice on ITV.

His first novel Frontline is published this month and he has authored several previous books including What’s up Doc, A Day in Your Life, Your Child’s Health, I’m Too Busy to Be Stressed - A Change for The Better & What’s the Alternative? He has also presented a number of self-help audiotapes Classic Relaxation with Deutsche Gramophone and with New World Music, Perfect Weight, Positive Health, Tranquil Sleep and Ultimate Relaxation.

He continues to work part time in General Practice and in Public Health and believes that exercise, love and laughter remain the best medicines of all. He was awarded an MBE in October 2020 for services to public health, medical broadcasting and charity work.

He lives in London, with his wife Dee, and has five children and two stepchildren. 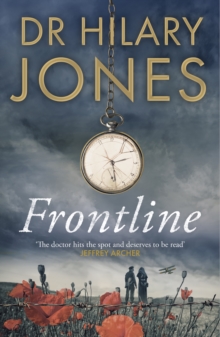 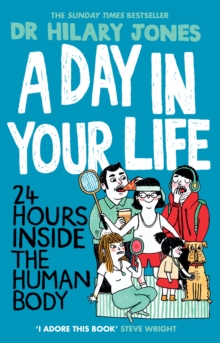 A Day in Your Life 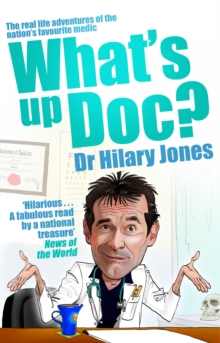 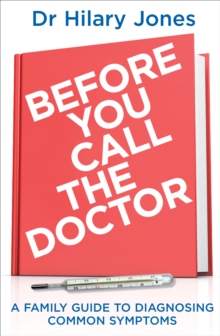 Before You Call The Doctor