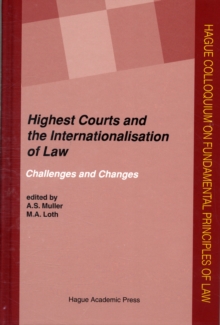 Highest Courts and the Internationalisation of Law : Challenges and Changes Hardback

Hague Academic Press, a T.M.C. Asser Press imprintTraditionally, highest courts have had the task of safeguarding the unity of law within the territory of their jurisdiction.

Their position at the top of the hierarchy of domestic courts meant there was no other authority above them.

Globalisation, however, has resulted in changes to the position and function of the highest courts on the national level.

The internationalisation of law has brought the individual domestic legal systems into close contact with one another. 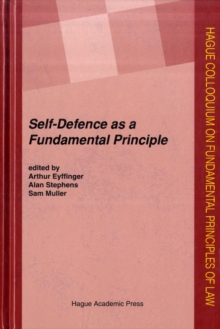 Self-Defence as a Fundamental Principle 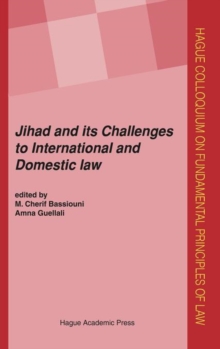