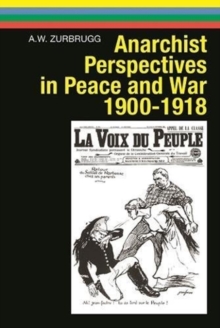 Syndicalists and libertarians sought to develop solidarity and workers' power, rejecting both cautious and conservative trade-unionism and their allied socialist parties.

Criticising the chauvinism that engulfed the Second International and its most powerful section, German Social-Democracy, they campaigned for class solidarity across frontiers and worked to subvert the discipline that bound soldiers to imperialist states.

The second part of this book describes international and national campaigns against militarism and war. Libertarians investigated democratic, modern and scientific ideas and challenged obscurantist, religious and authoritarian conventions.

They sought to focus and organise the strength of working people whose voices could not be registered in parliamentary politics, working at a time when many working people had no right to vote, and also sometimes, challenged patriarchal gender relations.