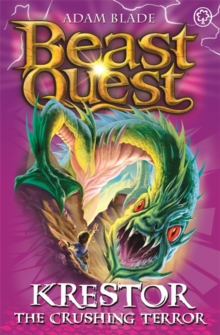 Battle fearsome beasts and fight evil with Tom and Elenna in the bestselling adventure series for boys and girls aged 7 and up. Evil Wizard Malvel is steering the land of Tavania towards total destruction.

Tom must stop him by defeating six rampaging Beasts and sending them back to their rightful homes.