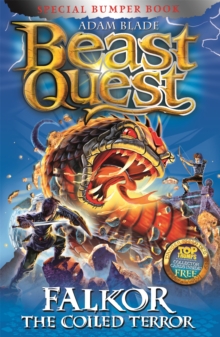 Battle Beasts and fight Evil with Tom and Elenna in the bestselling adventure series for boys and girls aged 7 and up!Only a mighty magic could awaken the ancient snake-Beast Falkor.

But when things go awry in Avantia, it seems the Beast's power has fallen into the wrong hands.

Tom and Elenna must seek Falkor in his lair if they are to keep the kingdom safe from this dark force. If you like Beast Quest, check out Adam Blade's other series: Team Hero, Sea Quest and Beast Quest: New Blood!