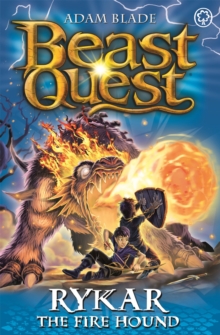 Battle fearsome beasts and fight evil with Tom and Elenna in the bestselling adventure series for boys and girls aged 7 and up. If Dark Wizard Malvel captures Ghost Beast Rykar's key, he will be able to return to wreak havoc in Avantia, leaving Tom and Elenna trapped on the Isle of Ghosts.

Can Tom hope to defeat both the Beast and his oldest enemy once and for all?

There are FOUR thrilling adventures to collect in this series - don't miss out!